On Easter morning, I fed my father small bites of pancake while my husband and children sat around the table and watched. This was something I hadn’t done before, and I choked back tears as Paul prompted me to make small talk. Eventually, I set the fork down and walked to the restroom with my daughter, overhearing my husband continue the one-way conversation. He told Dad about his final year of fellowship this summer and his excitement to do lots of procedures.

When I returned, we had all run out of things to say and so I kissed Dad’s sunken cheek while he stared ahead and we pushed open the heavy double doors of the locked unit called the Lantern, where my father lives with a few handfuls of others that suffer from Alzheimer’s. We buckled seatbelts and drove to brunch nearby, sipping our bloody Mary’s and eating our French toast before the eight-hour drive that loomed back home to Carolina.

We didn’t talk much about the visit and still haven’t because there’s just not a lot to say. What occupied my mind on the long road home was the thread of vulnerability in my life: mine, Paul’s, my children’s and at the forefront that day, my father’s.

I’m reminded daily that I’ve put all my eggs in one basket. This journey that we’ve been on now for twelve years since Paul started medical school has certainly changed him, but also me. At the beginning, I had big hopes and lofty dreams for my footprint on the world. I scrambled at the time as we moved from place to place to find a job that mattered to me, one that fit my ideas of conviction, creativity, achievement and a paycheck. I bounced around as our relationship and responsibilities evolved and I began to understand, regardless of my occupation, that Paul’s career was larger than all of us and if we were not careful, could swallow us whole. Now, my babies are two and four and as the years I’ve been at home with them slowly tick closer to five, I find my life more purposeful and complicated than ever and find myself scared as hell.

The stakes are high. I count on Paul tremendously to show up, physically and emotionally, to the hospital every weekday and many weekends, make life-altering decisions in a moment, perform life-saving and life-threatening procedures and bring home a paycheck every other Wednesday. Then, with whatever leftover energy he can muster up, be the father my children look up to and the partner that I need him to be. He looks to me to reciprocate the latter two tasks, as well as tend to all life and logistics outside the hospital. We recently learned of an acquaintance with a terminal illness, who is my age, also a mother of two and we were soberly reminded just how far we’ve paddled together and how up a creek we would be to lose one another.

Lately, I’ve felt the weight of the unknown with Paul’s career, with the uncertainty of where the next leap will take our family. At what surely must be the pinnacle of medical training, will this investment of time, sweat, dollars and tears be worth it?

The human brain always his inspiration and adversary, my father’s career in neurosurgery lasted a quarter of a century. Until one day, at age 59, he became confused loading up the recyclables and backed a car with alarming speed into the basketball goal in the driveway. The neurologist’s scans revealed abnormal white matter on his brain, and so he retired immediately, shaken and left to make the most of the remainder of his coherent days. He turned 66 in March, and this past visit was the first time the light bulb didn’t even flicker when he saw me.

A few months before his diagnosis, he stood with his champagne glass toasting Paul and me at our wedding and fumbled with his words a bit as he quipped, “No heart has ever composed a symphony.” It was meant to tease the groom and as affectionate banter over choosing cardiology versus neurosurgery as he welcomed him into the family. I often wonder whether he struggled with his speech out of nervousness or confusion. To this day, however, that toast still sticks to me as one of the last things I remember him saying to us before his diagnosis.

Throughout my childhood, I recall his grating repetition of a few of his most adamant principles. He believed that his job as father was done when I left home for college, implying that the foundation of discipline and character was established early and stressing the importance of my independence. In what I assume was a natural response to the cases in his medical practice, he emphasized that if he were to become ill down the line, that my sisters and I were not to be burdened and that he would prefer to be cared for in a facility. Today, it seems like an eerie forewarning.

Although he is still alive, his brilliant mind is nearly gone. The imprint of his humanity remains, however: his words, those patient lives he has touched, all those he has loved and hurt, his counsel for the future. Here I find myself, my father’s independent daughter, more susceptible than ever to the risks I’ve taken, the choices that I’ve made up to this point. I now have two more wondering sets of eyes, watching every move I make. My optimism remains, for my children and myself, but has evolved into something more mindful.

It seems in many ways, though, I’ve climbed onboard with Paul in my commitment to the heart rather than the head, for I’ve observed that as long as there is faith in one another and love, we have all we need to persevere.

Sarah Johnson is the editor of the Physician Family weekly blog and has a background in magazine journalism and healthcare marketing and communication. Her husband is a third-year cardiology fellow and they live in Durham, North Carolina with their two young children and golden retriever.

2 thoughts on “My Father’s Daughter” 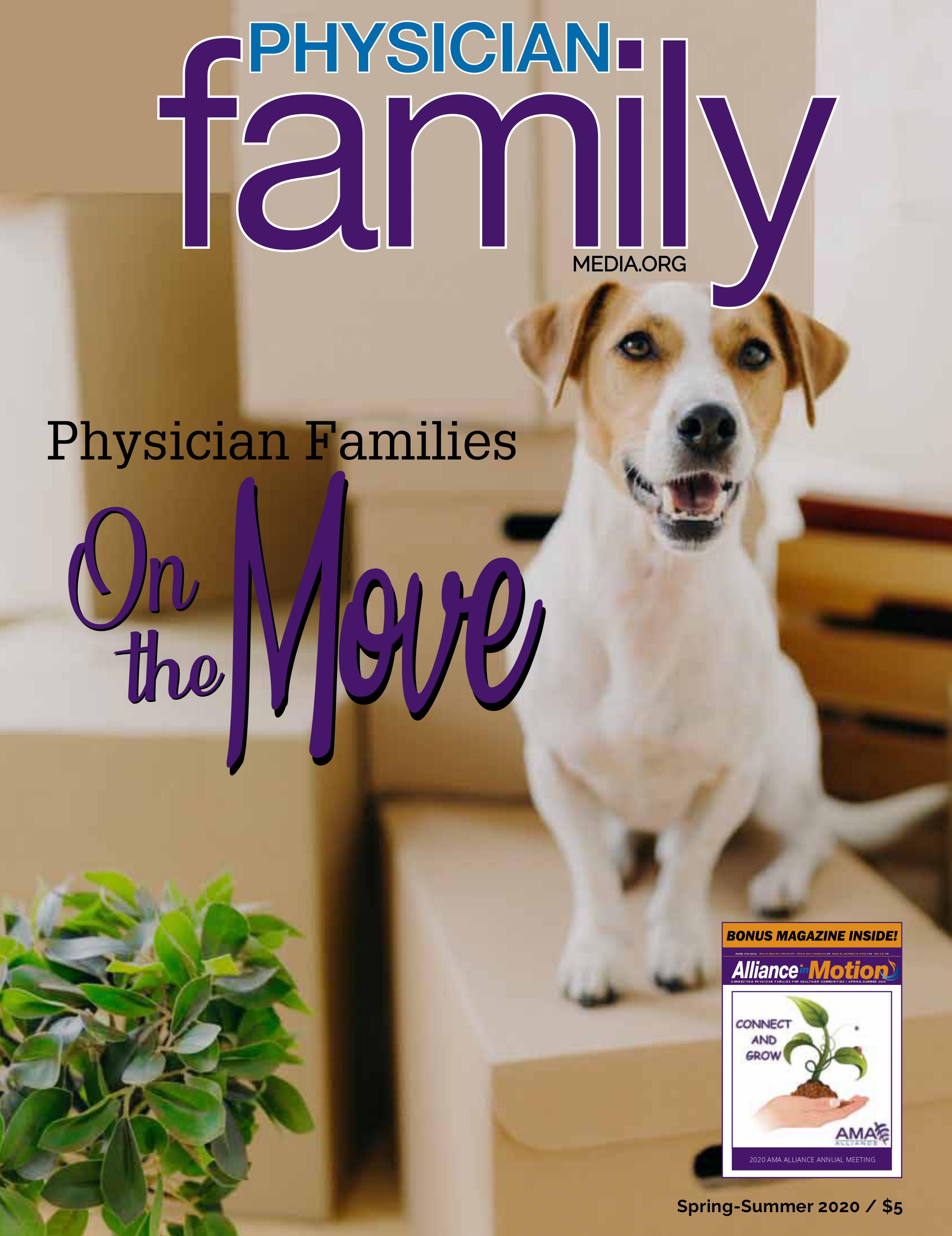